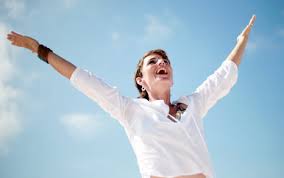 I was having a conversation with a friend the other day, and we were having a great time catching up on kids/jobs/husbands/health.  In the conversation, she mentioned her doctor had told her she had "secondary infertility." She had 2 beautiful children already, which she mentioned were conceived "by just looking at each other," so she assumed trying for a third child would be similar. After 9 months of trying, she consulted her OB.  After a few tests were run, she was told that the scar tissue from her C-section was blocking her ovaries and fallopian tubes, and this is why she couldn't get pregnant.  The only solution she was given was surgery to break up the scar tissue and hormones for after the surgery.

She was obviously discouraged until I reminded her a how helpful women's health physical therapy can be to break up scar tissue.  As I placed my hands on her C-section scar, I realized how extensive the scarring really was.  Scar tissue can travel, even far away from the injury site (I have felt a C-section scar tissue go into the throat.)  By feeling with my hands, I could feel that the scar tissue had travelled not only into her left ovary and fallopian tube, but also into her lower back, pelvic floor and into her upper back.

As I was performing myofascial release on her to break up the scar tissue, I noticed she has some more scar tissue at her upper abdomen.  She mentioned that she had her gall bladder removed after her second child was born and hadn't had any treatment for the tightness (she actually didn't even realize there was any tightness.)

After breaking up the tightness around the C-section and gallbladder, she was a.m.a.z.e.d at how much better everything felt.  She didn't realize it was tight--in fact I think she believed that it was just how it was supposed to be after surgery.

Two months after we released her scar tissue, she was able to conceive her third child naturally!  She had been having some digestive issues prior to releasing the scarring
and these were markedly improved after releasing this scar tissue which had gotten into the intestines.

From the amount of scar tissue we will develop after any type of surgery, it is so beneficial to break up the scar tissue so as to not allow it to cause further issues.  Call us today 513-301-0014 or email Kristin@corewellnesstherapy.com for more information.